Minncon still feels new to me, added years after the first cons were already established. It’s a city I had never been to before Creation decided to do a con there, and that I probably never would have visited otherwise. (Not that I’ve seen a lot of it other than the convention center and the Hyatt…) The weather there is apparently problematic often enough that connecting corridors between buildings are advisable; they’re like human habitrails, and I admit to being glad for them when it was raining. When the weather was nice, I walked outside instead, since it was a lovely walk through a park. The park even had its own version of our beloved Moose – this one was gigantic, and interactive. When you pedal the bike beneath him, the Moose tells you a story. If you pull on the giant rope attached to him, he’ll move his head up and down in a truly impressive manner. I can’t believe nobody got Jared to go do that!

The boys were advertised on the convention center’s sign, which amused me every time I walked past. Everyone knows I don’t like convention centers, so walking back and forth to my hotel every time I needed to charge my phone or change my clothes or put my damn feet up from so much walking wasn’t much fun. On the other hand, at least I had the habitrail for the late night walks. Last year, Misha was mugged at Minncon, and everyone was a bit on edge this year because of that. Luckily, I didn’t hear about any incidents this year.

Richard and Louden Swain kicked off the con, as they do every con (unless they’re filming something, in which case we miss them like crazy) – which includes the band’s incredible music and Rob’s traditional shaker dancing.

END_OF_DOCUMENT_TOKEN_TO_BE_REPLACED

Seacon started off appropriately – for an SPN con, that is. Richard came out in a shirt featuring a red cock – a rooster, people! Which set the stage for lots of talk about worshipping at the #HolyChurchOfDick. In honor of Seattle, he sang rules and regulations as Kurt Cobain and spent a lot of time ‘warning’ us about how dirty this con was likely to be. Pretty sure no one ran for the hills. Maybe grabbed their cameras.

END_OF_DOCUMENT_TOKEN_TO_BE_REPLACED 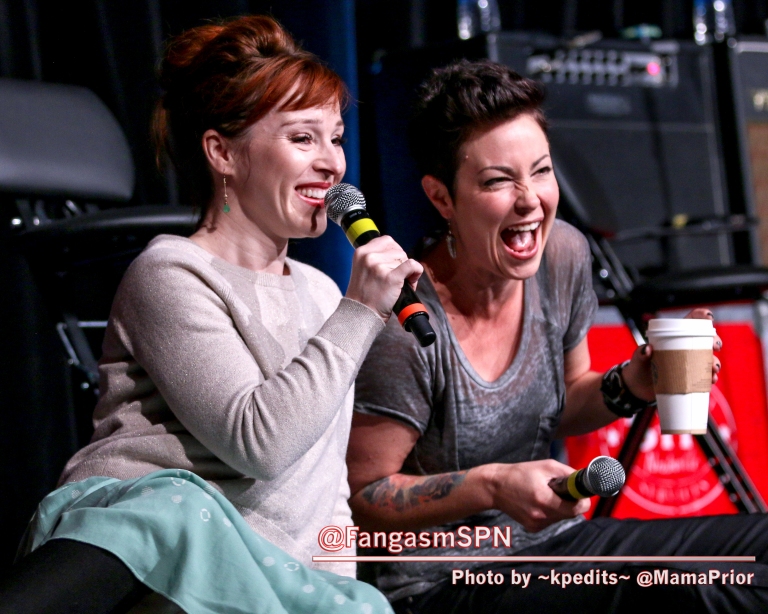 I have said it before. In fact, I have said this so many times that she may be quite tired of hearing it. Oh well. I just have to say it again – Thanks to Lynn for allowing me this incredible opportunity to write a few articles for her!

The Salute to Supernatural Convention in Nashville makes my 5th con, and once again, I was not disappointed. The staff and volunteers from Creation Entertainment truly put on a wonderful weekend. The lines moved quickly. Questions were answered with smiles. I am so very impressed by the continued enthusiasm these volunteers show, even on Sunday evening, even after working crazy-long hours. If you have the chance to attend one of these cons, please make the time to thank these people for making your experience the wonderful thing that it is.

The Gaylord Opryland Resort and Convention Center served as the venue in Nashville, and I thought it was similar to the venue in Vegas… and by similar, I mean both venues are HUGE. I have an app on my phone that tracks my steps, and wowza – I averaged 8,200 steps each day of the con, walking nearly 4 miles each day! Not gonna lie, yes, I did get lost a time or two, or four. Who’s counting.

END_OF_DOCUMENT_TOKEN_TO_BE_REPLACED 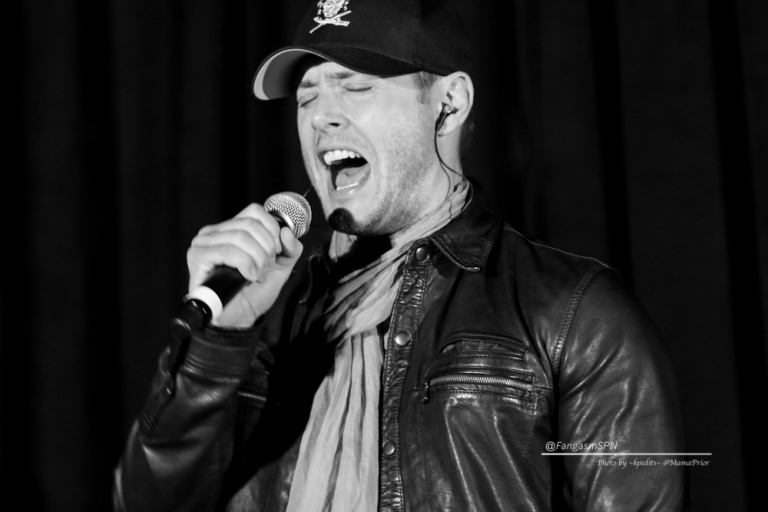 We’re currently snowed in with a blizzard blustering all around the house, which makes me even more nostalgic for Jaxcon last weekend – where it was a balmy 65 degrees and I spent most of the weekend either being entertained by the Best.Cast.Ever or hanging out with fangirls. So, to warm me up, here are some memories and photos from Jaxcon.

I was lucky enough to have the super talented Kim Prior there to take pictures, which explains why so many of these are gorgeous (and also makes the ones that were taken on my phone look even more dodgy, but oh well – I love my reliable little Galaxy!) I was doubly lucky to have the pleasure of meeting Christina, who also shot some fabulous photos and generously offered them to Fangasm. Hopefully this will warm all of you up too (apologies to my Aussie friends, who need cooling down instead – alas, this won’t help…)

END_OF_DOCUMENT_TOKEN_TO_BE_REPLACED

Like I said, Pascon was special because it was the last Creation con of 2015 – and because it’s where Louden Swain first played for a con (and sort of the start of Rob and Rich’s epic friendship). It was also just a helluva lot of fun.

Flying all the way across the country from east coast to west isn’t a picnic, and I was worried that I wouldn’t get there in time for Friday panels. I grabbed a cab, miraculously hit no traffic on the freeway, no line at registration, stored my bags at the hotel and ran into the ballroom – literally just in time to hear most of Richard’s rendition of Rules and Regulations! Phew! And Rob’s shaker dance. He looks like some sort of exotic dancer, doesn’t he?