In celebration of one of our favorite Winchester’s birthday, we’re looking back over Season 14 and how far Sam has come – and at the incredible acting of Jared Padalecki that has brought Sam to life so vividly and made us all fall in love with him. Every guest star who has ever been on Supernatural has talked about their surprise to find that the leads of the show, even after all this time, are not just “phoning it in”. That they care so much about this show and these characters that they “bring it” every single time – even when it’s someone else’s coverage.

At this point, they’ve talked about how it’s not exactly like acting anymore – they know these characters so well, they can just become them. And it shows.

So on Sam Winchester’s birthday, here’s a look back at Season 14 entirely in screencaps – which tell the story of Sam’s emotional journey and of Jared’s incredible acting talent.

Early Season 14 found Sam grieving the loss of his brother, possessed by the archangel Michael and lost to Sam. Hence what the fandom lovingly dubbed the ‘beard of brotherly grief’. On a totally shallow level, Jared looked hot like FIRE – but on an emotional level, he made it achingly clear that Sam was in incredible pain. It shows in his every expression, in the look in his eyes, in the way he carries himself. My heart broke for him.

Jared can portray pain like nobody else – physical pain, the way he did so authentically in Red Meat, and emotional pain, as he’s had to do for much of this season. 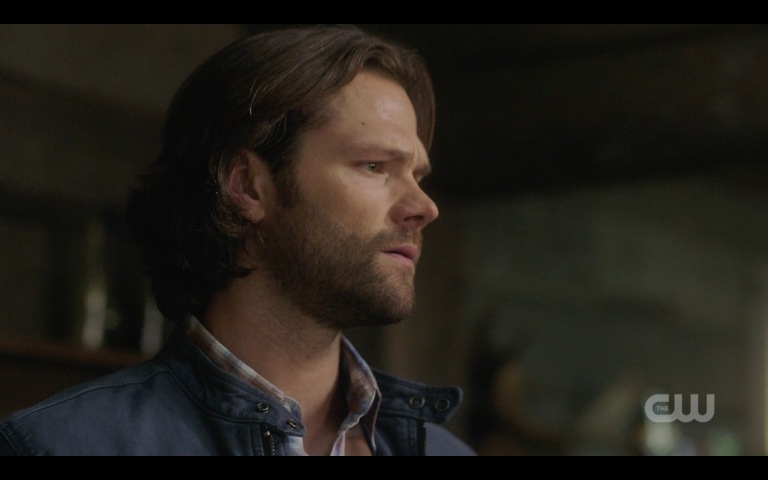 In the midst of his own grief, Jared also showed us the empathic side of Sam. Sam Winchester has a tremendous ability to put himself in other people’s shoes, no matter who they are. He’s done it with Rowena, and thus has developed a sort of bond with her. He’s done it with Jack, creating a closeness and making Sam a father figure to Jack.

In one early episode of this season, he even reached out in empathy to Nick, understanding all too well what it means to have been possessed by Lucifer.

It clearly cost Sam so much to do that — Nick was wearing Lucifer’s face, bringing back all of Sam’s own trauma and PTSD — and Jared shows us every bit of that, without a word needed. A flinch, a fleeting expression, and we know.

Sam having to confront his brother, knowing it was Michael and Dean was trapped inside, was clearly painful for him too. There wasn’t even any dialogue about it, but just one look – and you knew.

END_OF_DOCUMENT_TOKEN_TO_BE_REPLACED

There’s an article over on ScreenRant  provocatively titled “20 Things Wrong with Sam and Dean Everyone Chooses to Ignore” which has a lot of people talking today. I rarely weigh in on other people’s articles because everyone has a right to their own opinion when it comes to this fictional show and these fictional characters – your interpretation, my interpretation, YMMV. And considering its provocative title, the controversy is probably exactly what the author was going for. A number of people have weighed in in the comments and made some very good points, so I also don’t want to belabor those points, but I will admit that when I got to the No. 1 thing I started shaking my head so fast I nearly gave myself whiplash. Then a few people asked me to weigh in with my psychologist hat on, so I thought, why not. However, my fangirl hat is definitely on as well, so I look sort of funny right now balancing two hats at once.

Anyway, let’s touch on these one at a time. I don’t disagree with everything in the article, but I do have a different viewpoint on some of the assertions.

20. They always come back to life. More a criticism of the writers than Sam and Dean, who even if they were real and had any agency, most likely wouldn’t be the ones to blame for this. Yes, it dilutes the emotional power of death scenes somewhat, but it also keeps a show on the air for 14 seasons. (Also I still sobbed like a baby when Sam died in the tunnels last season and Dean couldn’t save him, both while I watched it be filmed and when I saw it onscreen. I as a viewer may know that Sam will be back, but Dean the character does not know any such thing, and it was in empathy for him that I sobbed. Like a lot.)

19. Dean’s history with women. Is it problematic? Sure. Not in all the ways asserted here, I don’t think. But what I quibble with here most is the assertion that “it’s an aspect of Dean that fans try to ignore.” Not in my fannish circles, that’s for sure! I have a new book coming out all about the evolution of female characters on Supernatural, so my perspective may be a bit skewed, but we’ve all been talking about this since Season 1, way back on Live Journal meta commentary communities. 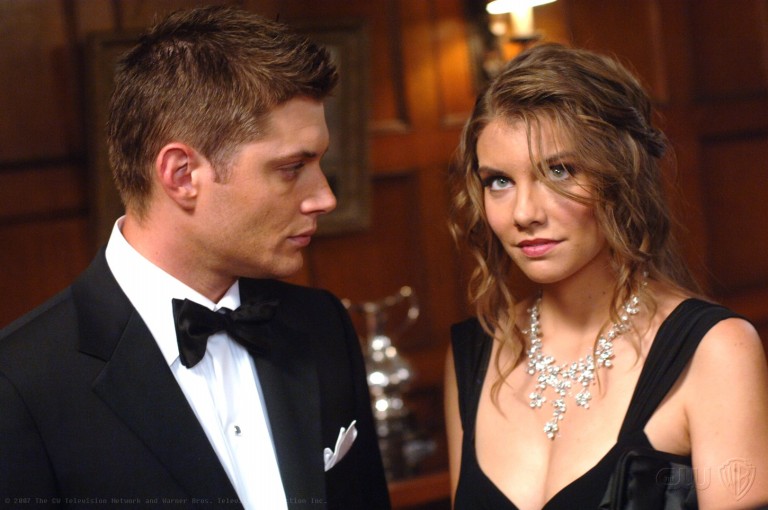 18. Sam always gets knocked out. Okay, I kinda agree with this one. My reviews often contain rants about Sam or Dean not being the smart and capable hunters we know they are. It’s a contrivance that keeps the story going, but it can create some head scratching.

17. Dean idolizes their abusive father. I think that was true at one time, but not any more. That’s been part of Dean’s evolution as a character, coming to terms with his idolization of both John and Mary. The thing is, it’s not unrealistic. I’ve worked with many children whose parents were a lot more overtly abusive than John, but the children still love the parents. We’re wired that way; we’ll do whatever mental gymnastics we have to do in order to maintain our view of our parents as people who love us and will take care of us. The alternative is just too terrifying. The way Dean was raised, he had to step up early on and push things like anger and disappointment and longing for love out of the way in order to survive, and to ensure that Sam survived. A defensive blanket acceptance of everything John Winchester told him was the perfect way to do that. However, Dean hasn’t been frozen there; he sees both his parents now more as flawed humans whose motives and behavior can be questioned instead of blindly accepted.