Last Thursday was a day full of anticipation for the Supernatural fandom – it was the day we finally got to see the Wayward Sisters episode. Wayward Sisters was not only an episode of Supernatural, but a backdoor pilot for a possible spinoff starring instead of two brothers, six women! That fact alone, unfortunately, is pretty unusual on television, let alone on the CW. Women’s voices are finally being heard a bit more both in media and in the world in general, so the Wayward Sisters pilot is coming at a good time. Perhaps not only the Supernatural fandom but a whole lot of viewers are ready for a show whose leads are all female.

At least I hope so. Don’t get me wrong, I love Supernatural and I love it just the way it is. The show has had some amazing female characters over the years, including the ones who star in Wayward Sisters, and it has evolved from the days when a female character was in danger of being ‘fridged’ to inspire a male character to start hunting.  I love Sam and Dean and Cas to the moon and back and always will. The wonderful thing about Wayward Sisters is that it can be its own thing, an extension of the Supernatural universe just like fanfiction and fanvids and fanart are, which can be beautiful and important in its own way while Supernatural itself goes on (and on and on and on, as far as I’m concerned…)  Not all fans were on board with the possible spinoff, and that’s okay – we all like and love and want different things, and nobody has to love the same thing as I do or you do. But for many fans, the idea of ‘Wayward’ had become very important, even beyond the possibility of a spinoff.

The idea for Wayward Sisters began over two years ago – and it began in the fandom. That’s not where ideas for pilots usually come from. Fandom has all sorts of fabulous ideas, as anyone who’s been in a vibrant creative brilliant fandom like the Supernatural fandom knows. But those ideas don’t get heard, and even if they do, they certainly don’t get taken seriously to become reality! Wayward Daughters, as it was first called, was an idea that fans had – not just for a spinoff, but as a rallying cry for some of the things I write about in my books on fandom and Supernatural. For finding the courage to be yourself and proud of it – for being “Wayward As F—k.” That ‘WaywardAF’ slogan ended up on tee shirts and pajamas and all sorts of things proudly worn by fans who were tired of not being real and ready to be wayward. Actresses Kim Rhodes and Briana Buckmaster were on board from the start, adding to the empowering message. They wrote chapters in my book about the power of Supernatural and the SPNFamily (Family Don’t End With Blood) all about being WaywardAF, and so did the two women who started the Wayward Daughters movement, Riley and Betty.  Eventually the rallying cry was so loud that The Powers That Be heard it. Writer Robert Berens, who had penned some of the pivotal episodes introducing these characters, hopped on board to write the episode, now known as Wayward Sisters. And that? Is a big thing. 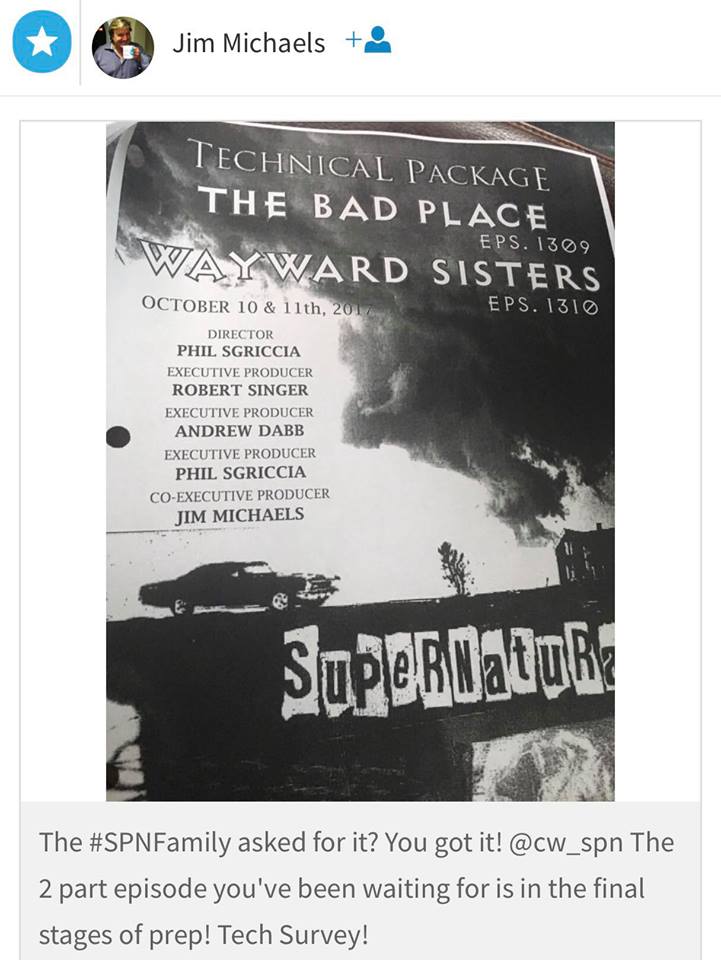