It’s been a while since I had a chance to sit down and chat with Gil McKinney and Osric Chau, two of my favorite guest stars on Supernatural (as Henry Winchester and Kevin Tran) so I was happy to catch up with them at the Supernatural convention in Chicago this summer.

It’s been a busy year for Gil – he has a new baby, wrote a chapter in Family Don’t End With Blood, and just released his first EP (How Was I To Know), produced by fellow SPN Family member and talented singer, Jason Manns. After a wildly successful kickstarter, the EP was released this summer to rave reviews. Family Don’t End With Blood, was released this summer as well, and many fans have said that Gil’s chapter has inspired them. 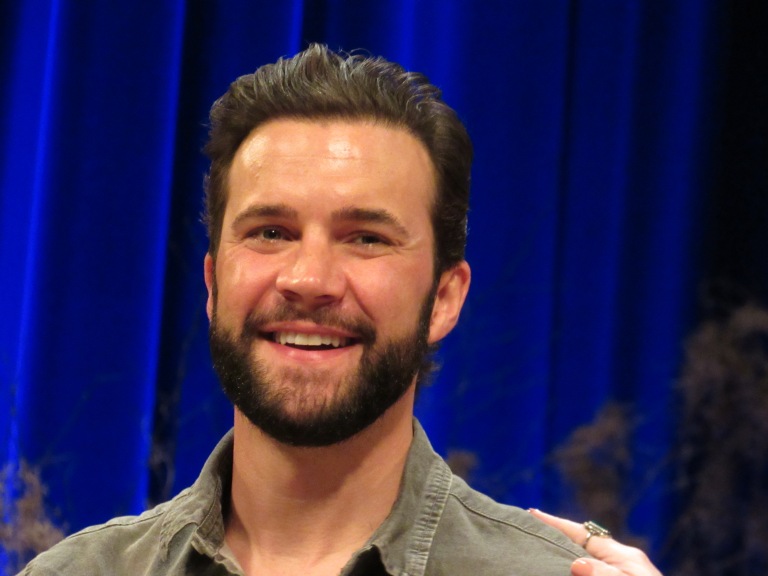 It’s been a busy year for Osric as well, who also wrote an inspiring and personal chapter in Family Don’t End With Blood. And of course because he’s a regular on the smash hit Dirk Gently, on BBC America. As we sat down to chat in Chicago, filming was just beginning on Season 2, which starts airing next month, and Dirk Gently was about to conquer Comic Con in the gigantic Hall H!

Gil and Osric did a panel together at this convention, something they haven’t done in a while. I was there for their first joint panel, several years ago, when they haltingly started to get to know each other after being thrown together somewhat randomly, and I watched as they developed a genuine fondness and a lot of chemistry. It was a joy to see them onstage together again.

A fan asked about the book they both wrote chapters in.